This month we are delighted to have Jake Archibald joing us to give two talks relating to Progressive Web Apps.

The talks have been given previously at the Google Developers Progressive Web Apps day in London on 17th March, so if you missed them, or would just like to have a refresher, come along for what promises (did you spot the in joke there?) to be a great evening. Its fair to say that you might just hear about Service Workers and Streams…….

Beer & Pizzas will be provided due to the generosity of our Group Sponsors : Akamai, AppDynamics, Cedexis, Dynatrace, Dyn, The Financial Times, Google, NCC Group, Neustar, Cogeco PEER1, and SciVisum.

For most of the web, poor network connectivity destroys the user experience. We can do better. In this session we'll take an online-only site and turn it into a fully… 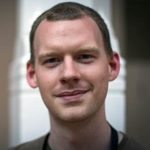 Let’s talk about streams (and other cool new web things)

There are some sites that don't really benefit from an app shell, for those we need streams.