An Introduction to HTTP/2

HTTP is one of the most important web protocol's, and after 18 years of HTTP/1.1, a new upgraded version has finally been released, which is called HTTP/2, or H2 for short.

Today, websites have richer images, are fancier and more functional than they were in the past. This, in theory, is great, however, it has resulted in websites becoming slower and thus providing a worse user experience. A slow user experience means users will engage with a website less, bounce more and convert less. The bottom line, a faster website makes more money.

Developers have been forced to invent many workarounds (sharding, concatenation, spriting, inlining, etc.) to help speed up websites on HTTP 1.1; these workarounds had their limitations. The good news is that H2 fixes a lot of the previous issues and in addition, offers extra optimisation opportunity!

H2 out of the box has been shown to speed up websites by 20%. That's a very nice speed improvement for little implementation! In this talk, we'll cover exactly what has changed in H2, how H2 works, how to implement it, compare some performance tests, we'll discuss server support and lots more! 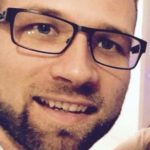 An Introduction to HTTP/2