ASP.NET Core 2.0 is Microsoft's latest cross-platform and open-source web app framework. It supports an MVC pattern, web APIs, standalone web pages and Single Page Applications (React/Redux, Angular and Vue.js). You can write your server-side code in C#, F# or even Visual Basic then run it on Windows, Mac, Linux and in Docker containers. Performance has been a big focus of ASP.NET Core and version 2.0 increases its speed even more. It scores very highly in benchmarks and much of the optimisation work has come from the community.

Naming is hard and there was some confusion around the launch of .NET Core, particularly with the late changes that were made. This talk will help clarify the current situation, now that the dust has settled. Version 2.0 is what version 1.0 should have been, with increased stability and greater package support. It's also backed by a new wider version of the API interface standard, which simplifies porting libraries so that there are more packages available to use on all platforms. 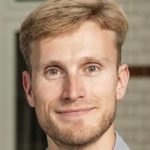 James Singleton is the author of ASP.NET Core 2 High Performance, a book about improving web app performance (unop.uk/book). He wrote his first code on a BBC Micro and has worked professionally in .NET development for almost a decade. James is interested in web apps, automation, information security and compression algorithms.

When not writing software or books, James enjoys skiing, rock climbing and craft beer. He also likes making Internet of Things projects, usually with a Raspberry Pi. His website can be found at unop.uk and it contains write-ups of many of his projects. You can also follow him as @shutdownscanner on Twitter, if that's your thing.