On 14th April 2020 at Bringing HTTP/2 to GOV.UK as part of LWP April: Migrations

I've been trying to enable HTTP/2 on GOV.UK for the past 18 months. The initial trial back in October 2018 showed via synthetic testing that it actually slowed the site for many users. The talk will go into the history of this, what was found initially, what was discovered along the way, changes that were made to allow it to be enabled and actually improve the sites performance.

It will feature some more advanced topics like CORS, SRI, WPT. And also information about our plans to improve performance further in the future. 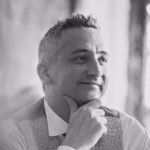 Matt Hobbs is Head of Frontend Development at the Government Digital Service. An experienced frontend developer, he is passionate about using his skills to build accessible and performant user interfaces. Matt makes a point of keeping on top of the latest technology and tools, is interested in all aspects of interface development, and is a keen advocate for best practice.