I created the exact same app in React and Vue. Here are the differences.

Do you use React but wonder how your code might look if it was written in Vue? Do you use Vue and wonder what your code would look like in React? Or maybe you use Angular and stay awake at night wondering how things might look in React and/or Vue. Here we will build the exact same app in React and Vue, comparing both each step of the way.

Leaving our personal framework/library biases at the door, you should hopefully leave this talk with an understanding of how React and Vue approach component-based applications, enabling you to make your own decisions whether to embrace what lies on the other side of the fence. 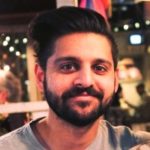 Editor of JavaScript in Plain English

Sunil is a Software Engineer, Teacher, and Editor of JavaScript in Plain English. Sunil spends his free time visiting other cities and countries, whilst maintaining a Trello board that documents his opinions towards various cheeses.