Sites need to feel like they’re fast: perceived performance is key. Making it feel 25% faster is a valid goal, but perception is subjective and we need to demonstrate subjective improvements with objective measurements. Oddly, studies show perf metrics don’t provide much insight into perceived performance. Studies have shown that instead of only focusing on page load time, if we shift the focus to address perceived performance, we can make our web applications feel faster even if we have to download the same number of bytes. Perception, however, is subjective. What metrics do we need to measure to objectively test the subjective feeling of "did this site load fast?"

Traditional web performance metrics defined in W3C standards focus on timing each process along the content delivery pipeline, such as Time to First Byte (TTFB) and Page Load Time. With SpeedPerception, we wanted to tackle the web performance measurement challenge by looking at it from a different angle: one which puts user experience into focus. Since people primarily consume the web visually, we focused on the visual perception of the webpage loading process. SpeedPerception is a systematic study of how human end-users perceive the webpage loading process: the above-the-fold rendering in particular: objectively measuring the subjective notion of “feels fast”.

In this talk, we’ll look at what page load aspects affect speed perception, discuss the findings of SpeedPerception study, introduce the Perceptual Speed Index (PSI) which is a component of Lighthouse, and cover Lighthouse, which can guide you to not only make your site appear faster, but actually load faster and be more accessible too. 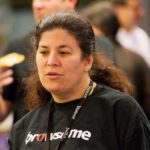 Her blog can be found at http://www.standardista.com/