The Pursuit of 60fps Everywhere

If you want to move something at 60fps today, you must apply a littany of tricks, especially translateZ and friends. If you make a mistake, off the fast path ye shall go. On the Chrome team we think this sucks. Throughout the last year, we've been digging through examples of mobile UIs built with web technology, hunting down bottlenecks and trying to soften up these fast paths so easy, simple effects hit 60fps without breaking a sweat. We envision a world where, just as JS speed improvements killed the "which is faster, whiles or for loops" question, that the intuitive HTML way to do an effect can also reliably hit 60fps.

In the talk, we'll share what we've learned so far (lots!), what we're doing about it (stuff!), and where we'd like to go next in pursuit of this vision. 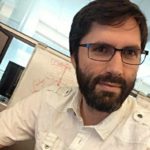 Nat Duca is an engineer on the Chrome team working to make an always-60fps, jank free mobile web a reality.