On 5th January 2015 at The Financial Times as part of Third Party Footprint: Evaluating the Performance of External Scripts

Copy, paste, but don’t block the rendering!
It’s almost impossible to find a website that doesn’t utilize any kind of embedded widgets such as ads, social plugins, or analytics: All of these add-ons are considered 3rd party scripts and promise to increase and benefit publisher’s revenue. Publishers don’t have much control over the provider’s code and inevitably just have to trust their integrity, content security policy, code quality, and performance.

Imagine a high-traffic website hosting a twitter widget: Are publishers aware that a sudden twitter server outage could potentially bring down their site if the widget is not properly included?

The performance and availability of 3rd party scripts don’t have to become a threat or a nightmare for publishers. Barbara’s talk will not only outline best practices, tools, and tricks on how to sandbox 3rd party scripts, but also help the audience understand bottlenecks, determine potential risks, and elaborate on how to measure their performance.

Following this talk, managers and developers will be equipped to ask the right questions when choosing 3rd party providers, while developers will be armed with guidelines on how to integrate 3rd party snippets efficiently into their deployment process without slowing down or even bringing down their site. 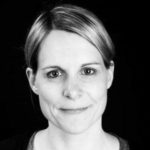