This February, we welcome two protocol experts to London Web Performance, to help us get up to date on our use of HTTP. Having got our heads around HTTP/2, and with it said goodbye to old practices like domain sharding and bundling, HTTP/3 is arriving to iron out the kinks in HTTP/2. It may be more of an under-the-hood update, but it’s worth understanding how this will impact your page load performance.

Meanwhile, HTTP headers have been a wild west of poor standardisation for years. Structured headers is arriving and will finally bring some order to the chaos, allowing a single parser to handle all compliant headers. Find out what structured headers will mean and take advantage by writing your custom headers using structured headers syntax.

The HTTP community has been very busy modernising the protocol's transport, first with HTTP/2 and now with the upcoming HTTP/3. However, at the same time one of the protocol's core…

Leveling up Web Performance with HTTP/3

HTTP/3 is a newest version of the protocol that powers our web interactions. It's similar to HTTP/2 but addresses performance problems on lossy networks by virtue of the new transport… 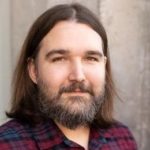